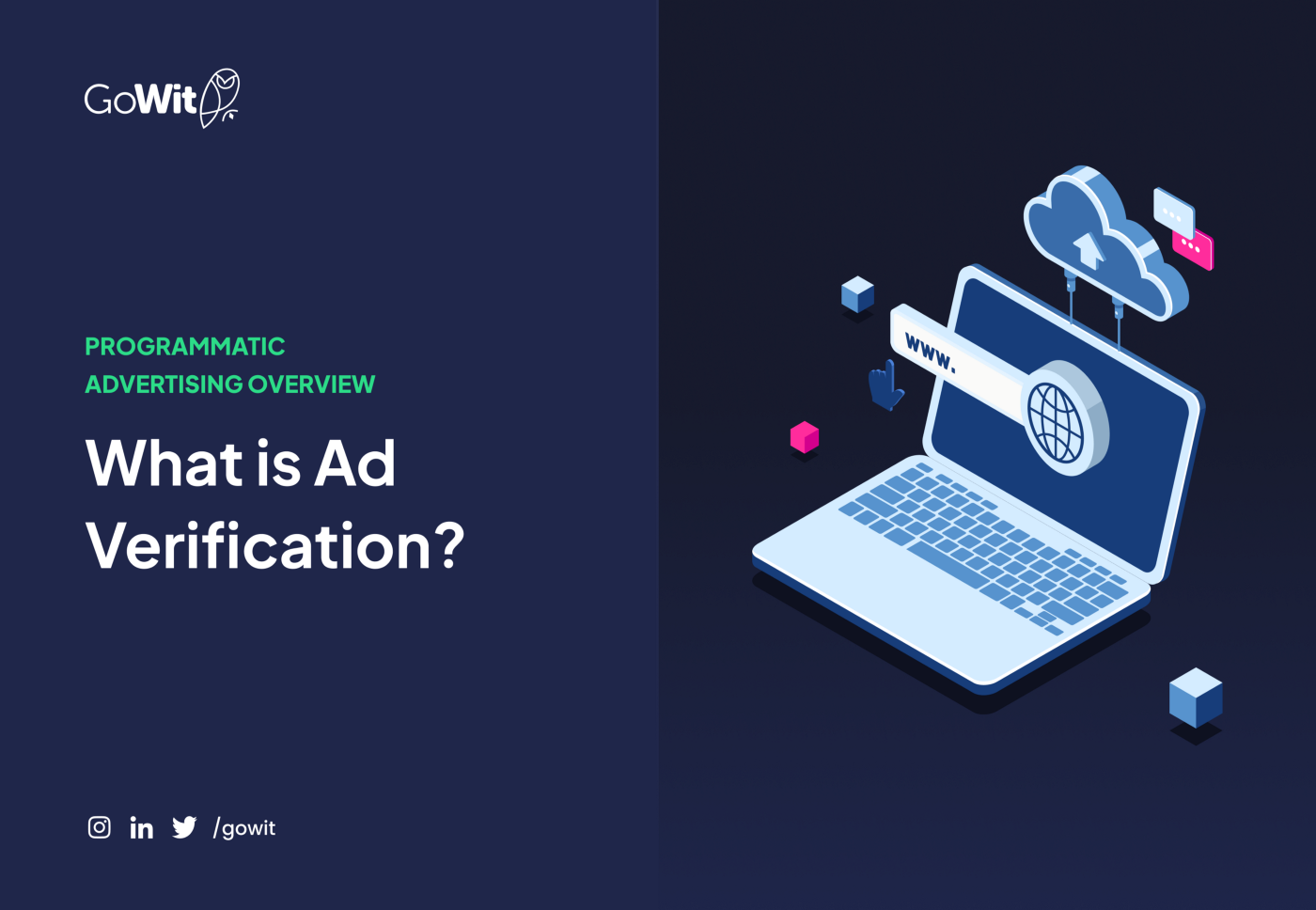 What is Ad Verification?

It was common practice in the past to conduct digital advertising campaigns by using a delivery order method, where information was exchanged between the publisher and advertiser parties via email. As the number of stakeholders in the process involved increased with the expansion of the internet, the operations became too large to handle. Programmatic advertising enabled ad buying and selling to be easier, faster, and more secure.

What is Programmatic Advertising?

Programmatic advertising collects information from users’ browsers (cookies, IP addresses, pixel tags), analyzes this information along with their behavior and preferences, and allows them to be targeted with relevant ads.

What is Ad Verification?

This is where ad verification comes into play to determine whether the ads are shown on the right websites, in the right areas of their websites, and are seen by target audiences. Since the ad budgets are increasing and new platforms unfolding, advertisers need to verify that the specified characteristics of an ad match the terms specified in the campaign settings.

Why is Ad Verification needed?

As the digital market budgets has grown rapidly, transparency have become inevitable. A major advantage of programmatic advertising is its measurability. However, there is much more than solely measuring, significant elements such as viewability and fraud can often be overlooked, hence ad verification necessary.

We have covered all these three cases and their possible solutions in previous blog posts:

How does Ad Verification work?

In order to analyze the content of the publisher’s page and to ensure that the site is suitable for the advertisement, verification tags are placed in the ad markup by a third-party ad verification vendor. Verification tags collecting information on publishers’ health is then sent back to the ad agency/brand marketer for controlling. This process can not completely eliminate ads being shown on unhealthy sites because it comes after going live, meaning the RTB has already taken place. Yet early in the campaign, the unqualified publishers can be detected and the budget can be shifted to better publishers.

During the bidding phase, the tool tests the publisher’s compliance with the chosen criteria, and based on the results of the historical content testing, it decides whether or not to participate in the auction. As this system prevents the purchase of advertising space, it prevents the payment for unsuitable media.

After the ad space is purchased, the publisher’s compliance with the desired criteria is tested. If the environment in which the ad slot is located does not meet the criteria, it will display an image other than the ad in that space (for example, a plain white image). This system does not allow the purchase of advertising space. It doesn’t block it, it just blocks the display of the ad. Unlike pre-bid, it provides an opportunity to purchase across all inventory because the technology that provides the ad validation service kicks in after purchase.

However, there are many other complementary ad verification strategies available to diminish the chances of an ad scoring unqualified conversions.

Essentially, viewability means that ads are seen by their intended audience. For example, an out-of-view impression is seen by the computer but not by the audience.

In this method, the advertisement is displayed for a very short time or can be skipped immediately with a skip button. But in practice, an ad is considered viewable when a total of 10 tests are performed for 1 second (every 100 milliseconds) and at least 50% of the ad is shown in each test.

Ad Fraud can happen in many ways such as, Bots, Click Farms, Domain Spoofing, Cookie Stuffing etc. Non-Human Traffic is one of the most significant usages.

Despite the fact that digital advertising primarily aims to reach humans, bots are capable of faking human-like engagements with ads, which will cut straight into ads’ ROI.

There are a couple of examples of non-human traffic:

Brand safety basically means that a brand’s ad appears in an environment that is consistent with the brand’s value.

Site Context: Contextual targeting allows advertisers to serve ads to users who are already primed to be interested in certain product categories.

Competitive Separation: This one is utilized for competitive brands not to be displayed at the same time in same environments.

The ad verification companies focus on viewability, ad fraud and brand safety in addition to ad verification tags that study the health of a publisher’s page. It saves advertisers’ budgets and improves the ROI of ad campaigns.

Publishers are also encouraged through ad verification to maintain transparency in how they achieve and represent site traffic. Furthermore, ad verification helps publishers mitigate the risk of ad fraud on their sites and maintain maximum control of the ads displayed on their websites.

Thank you! Your submission has been received!
Oops! Something went wrong while submitting the form. 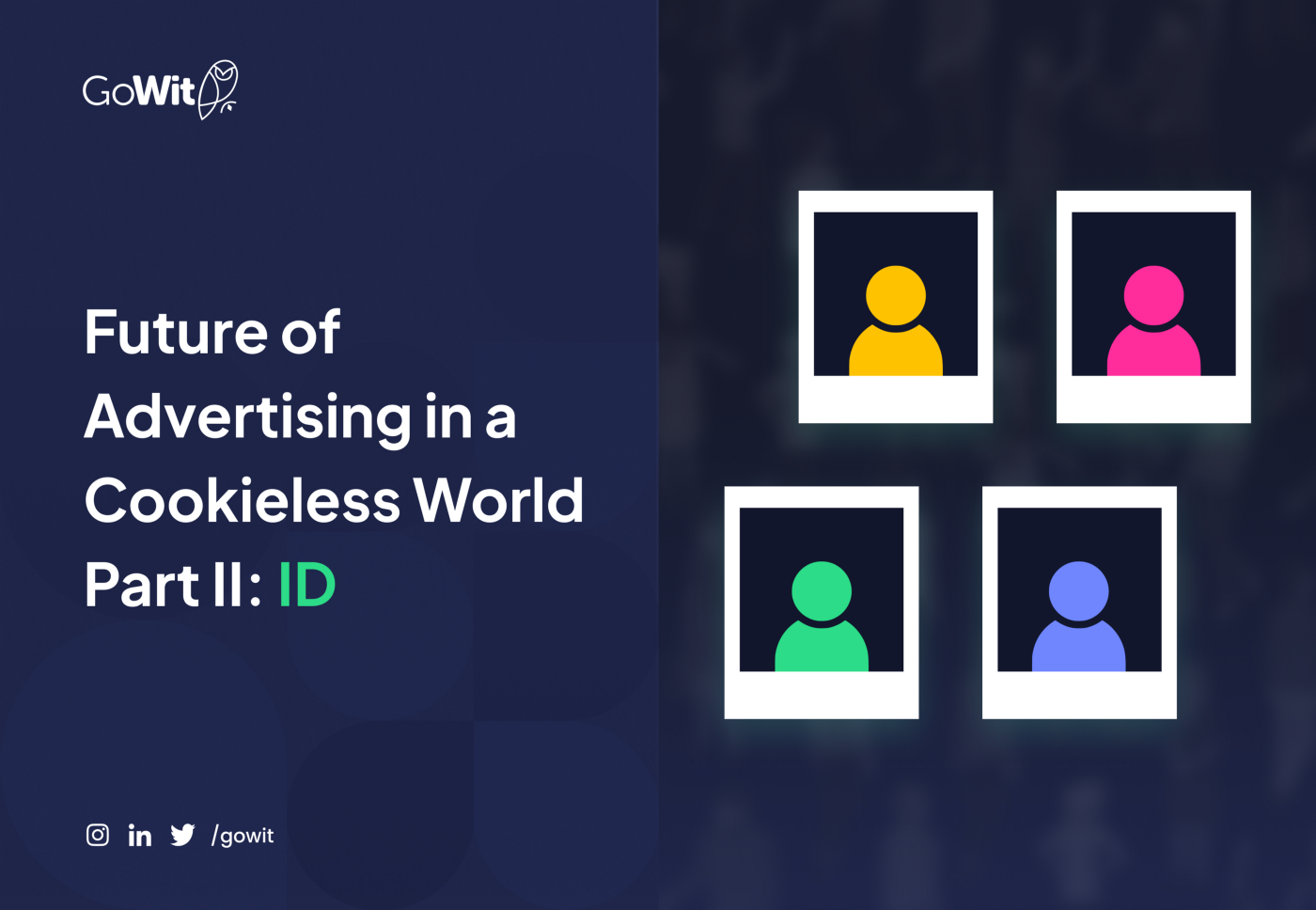 The Future of Advertising in a Cookieless World Part ii: ID

Hardly any other topic dominates the programmatic ecosystem as strongly as the search for identity solutions for the future. 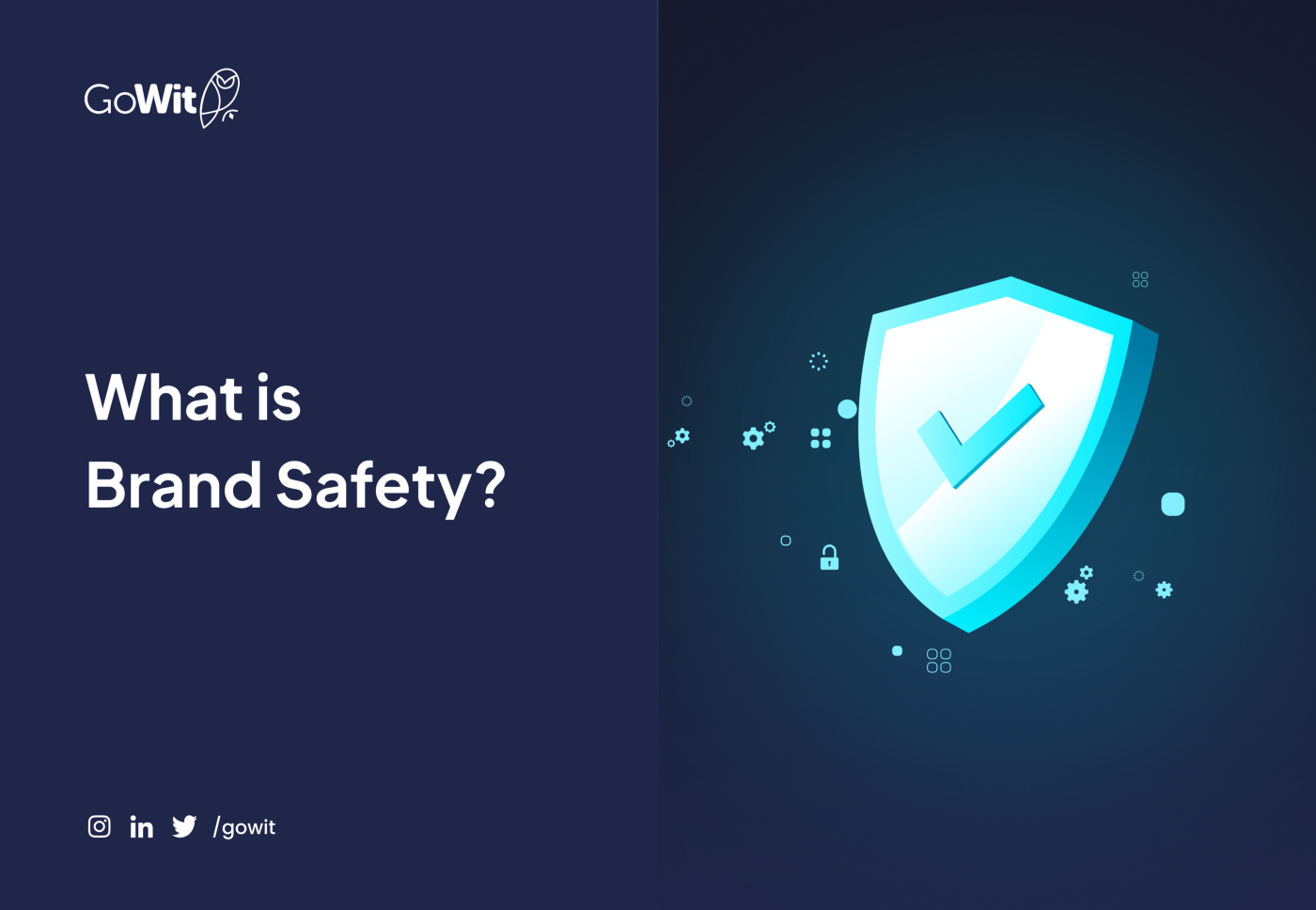 What is Brand Safety?

Brand safety basically means that a brand’s ad appears in an environment that is consistent with the brand’s value. 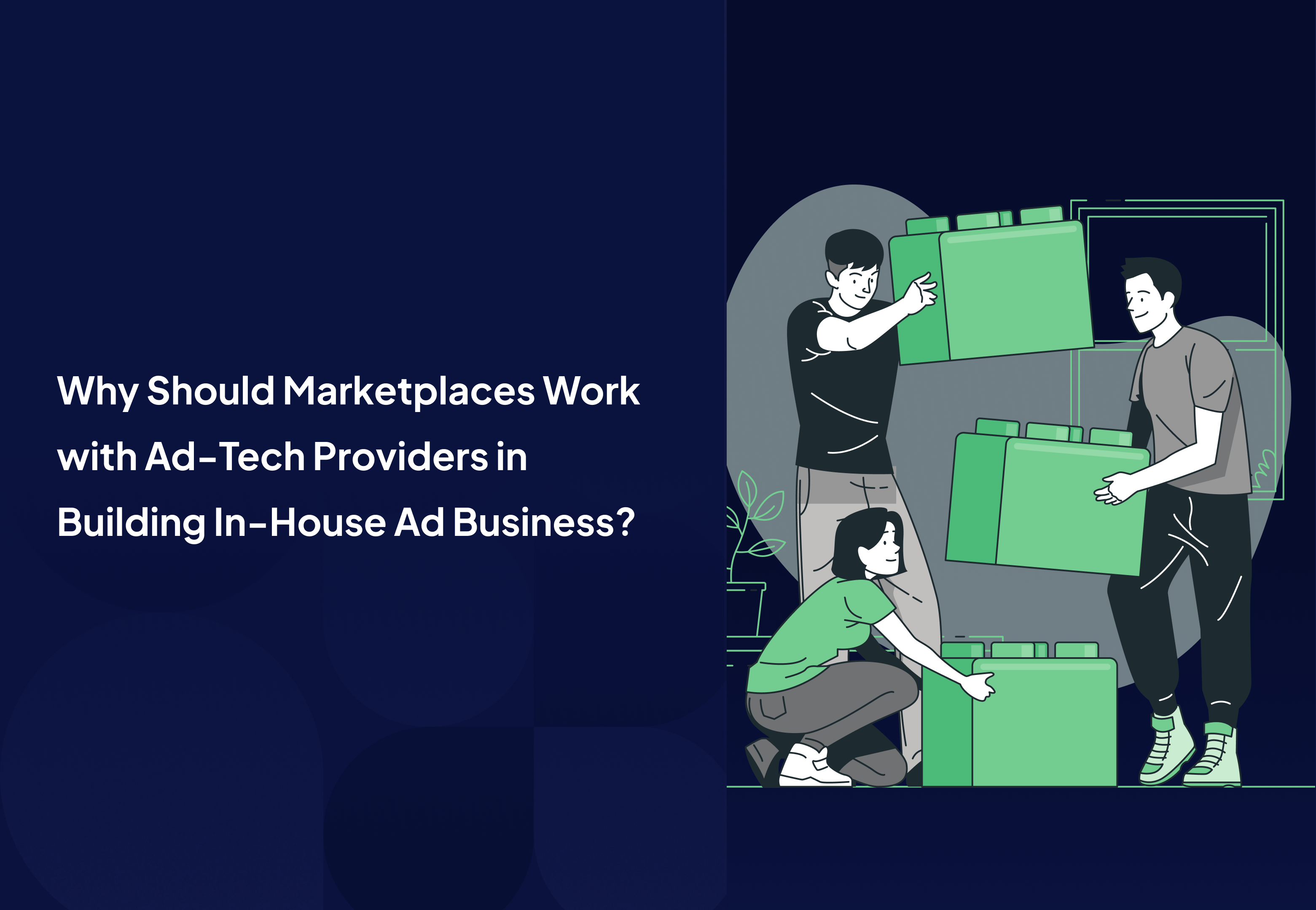 Why Should Marketplaces Work with Ad-Tech Providers in Building In-House Ad Business?

Retail Media Advertising (RMA) business is booming and has no signs of slowing down. This growth can be evidenced by the stellar financial performance 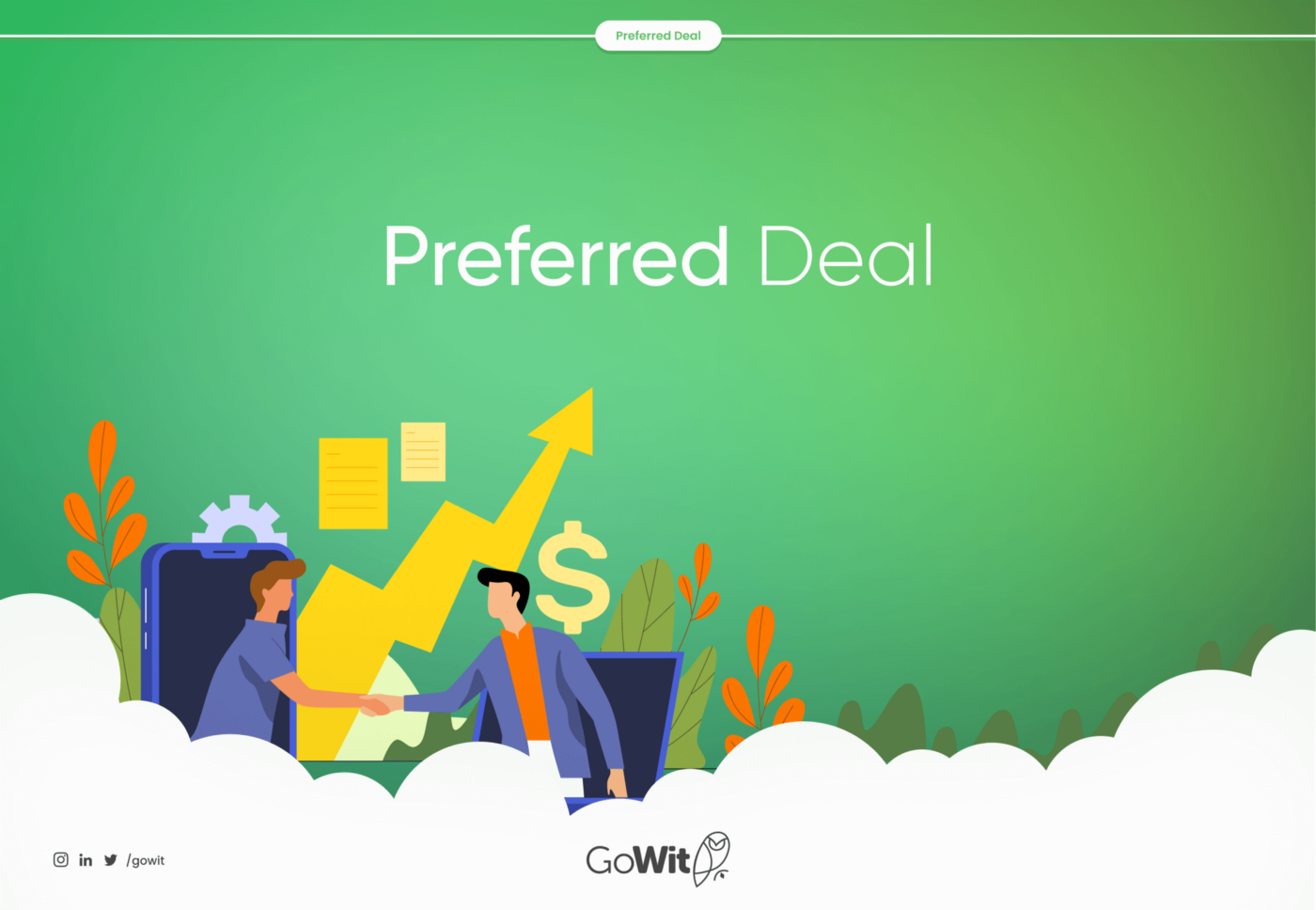 Programmatic Advertising Essentials: What Is A Preferred Deal?

Essentially, preferred deals are based on direct agreements between advertisers and publishers.